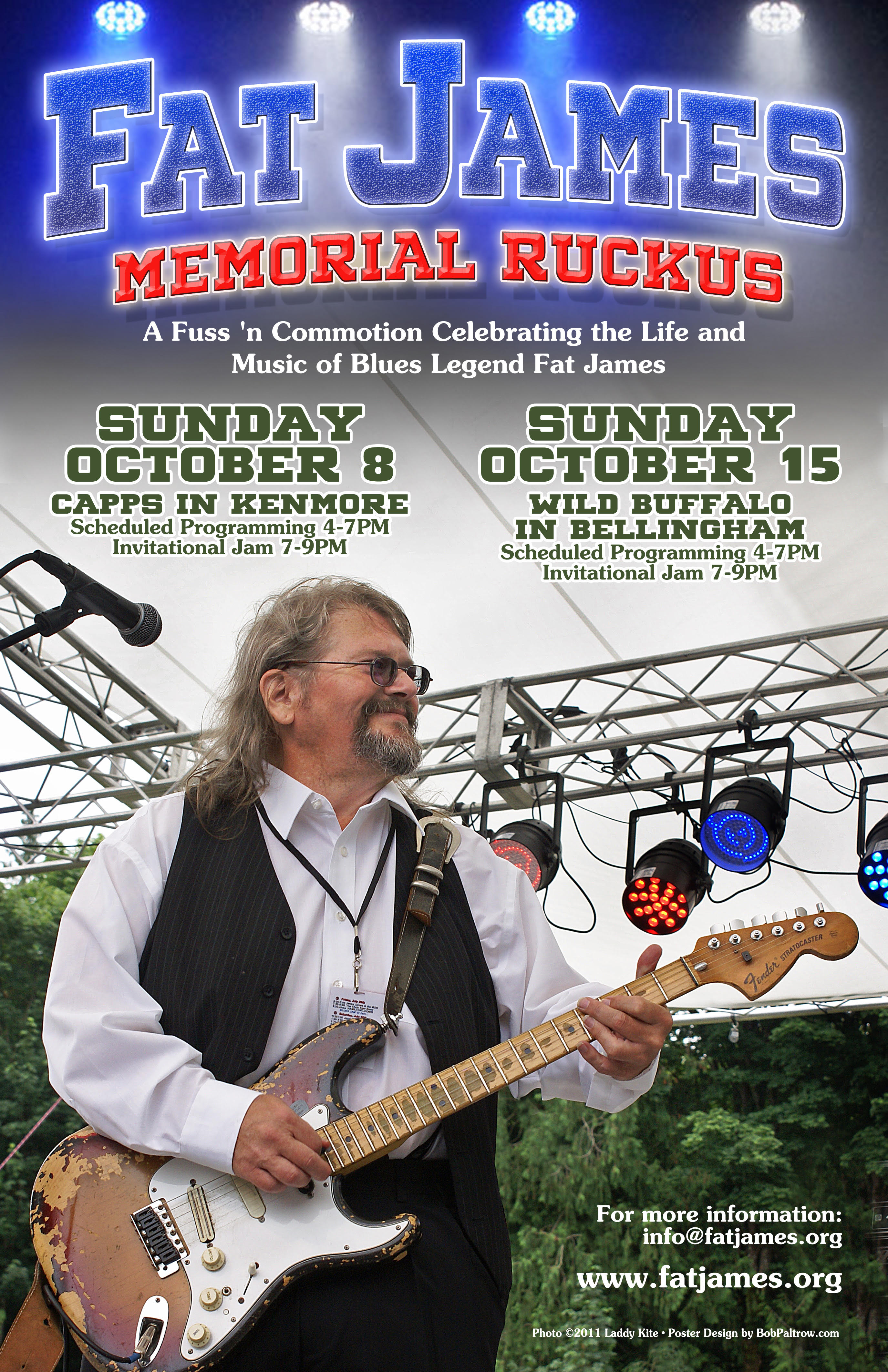 Well known for his soulful baritone voice and soaring Stratocaster solos, James was a pillar of The Pioneer Square live music scene in the 1990’s and years following. The Fat James Band opened for Jimmie Vaughn in 1998 at the Moulin Blues Festival in Holland, and toured extensively across the U.S. and Canada. FJB also performed with Keb Mo, Paul Rogers and several other noted artists. James was quoted by the Seattle Times as “A Force of Nature”.

Fat James was in regular rotation for the original song “Sweet Dreamer” on KISM Bellingham in past years.

He was also the West Coast regional winner at the Yamaha/Ticketmaster Music Showcase in LA. The Fat James Band CD “Live at the Central” charted at #3 at Silver Platters.

You can view James’ obituary here.

Three official memorials are planned in his commemoration. Memorial at The Central Saloon in Seattle (Date and Time TBA)

“Mountains in the Sky” – Written by Tracy Arrington